Matthew started suffering from back pain around 4.5 years ago. He managed the pain over the years by going to physical therapy. The pain did not become a major issue until about a year ago. The pain in his lower back was getting worse and worse. Ultimately, he went to get an MRI and found the pain was being caused by 2 herniated discs and annual tearing. When Matthew went to his doctor he told him there was not a lot he could do and didn’t recommend surgery. His doctor told him to the best thing he could do was learn to manage his back and continue with physical therapy.

Matthew heard about the Illinois Back Institute and decided to give it a try. Matthew’s back pain was the highest it has ever been. “When I first came in, that day I started having sciatic pain, ironically, and so when I came in I was probably at a 9 or10. I could actually hardly stand up. I couldn’t actually do the treadmill at the time that I started,” said Matthew. Matthew started treatment in August 2013 and his pain level now waivers between a 0-2 depending on the day. 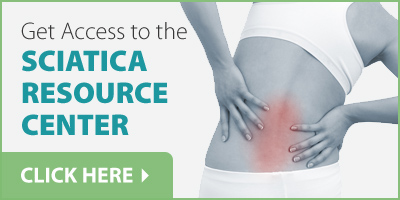 Before coming into the Illinois Back Institute Matthew had a hard time playing with his 2 young sons, jogging and even getting up to a standing position from a sitting position. Due to the treatment he is now able to do all of these things a lot easier. “My goal was to out run my son and I am able to out run my son, finally, so I’m excited about that!” said Matthew.

“I definitely feel like I’ve gotten more tools in my arsenal to live more pain free,” said Matthew when asked what he has gotten from his treatment at Illinois Back Institute. He has added those stretches and exercises to his daily routine so he continues healing his back outside of the clinic. Matthew speaks of how much he has enjoyed his visits to our Wheaton clinic. He enjoys the staff and likes how the environment is conducive to exercise.

“I came here because it’s kind of a solution to the problem rather then necessarily masking the problem.” Matthew being a problem solver by trade he knew the Illinois Back Institute was the right protocol for him.

After being told by his doctor there was really no solution for his pain Matthew said, “learning that there was a solution or potential solution was enough to get me in here to see what the differences might be.”