Dr. Jeff joins host Karen Gibson and Dr. Tony Koufos, ND to discuss his quest for an all-natural, non-invasive end to back pain. While attending Indiana University, Dr. Jeff carried out the I.U. senior right of passage by jumping off a 70-foot cliff into a quarry hole. He painfully entered the water with his feet in front of him, thereby sustaining severe trauma to his back. Even with the help of his father and five other fellow chiropractors in his family, he never really recovered from the injury. Dr. Jeff’s back pain was ruling and ruining his life.

At this point Dr. Jeff decided to go on a quest to alleviate his back pain. He earned his degree in chiropractic at the National College of Chiropractic (now National University of Health Science) in Lombard, IL, in hopes that he could get his back fixed. Dr. Jeff opened his own successful chiropractic practice, yet he could barely walk. He loved to play golf, but just swinging a golf club would bring severe back pain. He could no longer mow the grass or pick up his kids. What seemed like a small back problem in college had led to major back problems, including a herniated disc, degenerated disc disease and stenosis.

About 80% of back patients fully recover and feel great. The other 20% seemed to never recover. He realized that he was part of the dreaded small percentage of back patients who would get better, then worse repeatedly. 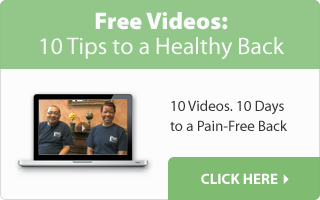 Dr. Jeff was so discouraged that he decided he had to do something for himself and for his patients who experience the same debilitating back pain. He traveled across the U.S. and even consulted experts from Czech Republic to find the answer. After seven years on the quest, he uncovered the missing link.

His continual research and extensive efforts allowed him to back away from his chronic back pain as he discovered a combination of therapies that were very effective. Dr. Jeff shared the therapies with other patients who had herniated, degenerated or bulging discs, sciatica or arthritis…they all became better, too.

Dr. Jeff wanted to share these treatments with many others who live the same uncomfortable life he did. In conjunction with Countryview Medical Center, he founded the Illinois Back Institute in 1995 and now has four locations across Chicago’s suburbs. These clinics have helped thousands of patients with chronic back pain experience; find relief with a new form of drug-free, natural and painless treatments.

The therapies are so effective that Dr. Jeff went from severe back pain to earning a third degree black belt in Tae Kwon Do several years later. Today, he once again enjoys golf three to four times a week and looks forward to playing sports with his kids.