Father and son, Sergio and Adrian Salinas both came to the Illinois Back Institute to treat their back pain. Sergio has been working for the railroad for many years. It is a very physical job and with this back pain he was unable to complete his daily duties. The pain made it impossible for him to do his job to the best of his abilities. He was completely devastated and spent many nights crying from the pain. Sergio thought he would never get his active lifestyle back. After many visitis to hospitals and physical therapist Sergio Salinas thought that surgery was his only option to end the pain.

Sergio went ahead and set up an appointment with his doctor to discuss having back surgery. That week he saw a commercial for the Illinois Back Institute and decided to give us a call and learn more about our treatment. Right  after his consultation he cancelled his doctors appointment and started his treatment. Sergio’s MRI showed he was suffering from a herniated disc in his lower back and neck. After only 2 weeks treatment Sergio felt relief. Sergio finished his treatment and now is back to living an active life and working on the railroad without pain. When his son, Adrian, started having back issues he took him out of physcial therapy after only two sessions and brought him right into the Illinois Back Institute.

Adrian started feeling back pain during his high school football season but continued to play through the pain. After football season he went straight into wrestling season without stopping. During his wrestling season he was matched up against another kid that was 100 pounds heavier then he was. During the match Adrian picked him up and heard a pop in his back. The pain increased and he immediately stopped wrestling. After 2 weeks his coaches encouraged him to get back on the mat. Adrian told the doctors he was fine and continued to wrestle through the pain till the end of the season. Adrian’s pain got worse and worse till he could no longer do his daily activities. That’s when Adrian’s father, Sergio, knew to bring him into the Illinois Back Institute.

Adrian’s MRI showed a protrusion in his l5 – s1 that was causing the pain. He is currently in the middle of his treatment but already feels huge change. Adrian has a job at a country club and he can finally walk around all day and do work without his back bothering him. He decided to not do football this season and wait till he is finished with treatment but next year he plans to be back on the football field. 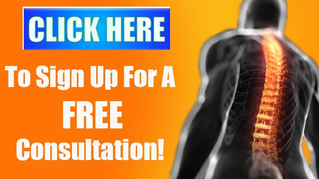